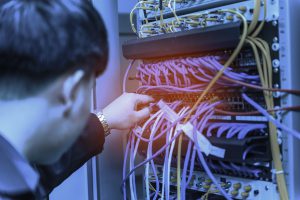 We’ve come a long way since the early days of wireless LAN becoming a buzzphrase, to where Wi-Fi 6 has taken us.

We went from networks that could be bottlenecked merely by a handful of devices that were connected at one time, to systems that barely break a sweat when thousands of devices in places like stadiums and corporate campus settings try the same thing.

The latest and greatest wireless network upgrade is Wi-Fi 6, new in 2020, which has delivered the promise of faster transfer speeds and more reliable performance, as has been the case with every next-gen step. Wi-Fi 6 uses less hardware while improving the overall capacity its network can handle at a time.  It’s especially helpful, as mentioned in wide area businesses, where many end users are in need of a strong, long-lasting connection while away from home.

Wi-Fi 6 is faster and more efficient

Simply put, faster Wi-Fi means more bandwidth, i.e., less waiting when uploading or downloading files. It may sound elementary, but greater Wi-Fi speeds are a necessity within every new wireless spectrum evolution, especially as the average file sizes for business and consumer-based uses increase and data demands grow due to online video streaming and real-time communication. Wi-Fi 6 promises faster speeds—almost 40% faster with its 9.6 Gbps, compared to its predecessor Wi-Fi 5 with a 3.5 Gbps max. Wi-Fi 6 also allows larger data transfer rates within a wider connectivity range. This means faster speeds while working on applications, such as any workforce software or other SaaS your company utilizes.

And since all devices share, Wi-Fi 6 allows plenty of room for multiple devices (considering an average download speed at 72 Mbps). Because of its ability to sync with multiple devices needing data simultaneously, Wi-Fi 6 is extremely proficient at prioritizing traffic across those devices. It’s important to note, while many devices already support Wi-Fi 6, the full benefits are only realized when connected to a Wi-Fi 6 access point.

One of the defining features of Wi-Fi 6 is its orthogonal frequency division multiple access (OFDMA) standard, which allows multiple clients to share one channel. This not only improves efficiency but also significantly reduces lag time or latency—up to 75% lower latency than Wi-Fi 5. A reduction in latency means less time is needed for a data file or package to be transmitted and processed to its destination. 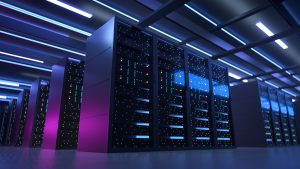 Along with OFDMA, another major advancement for increasing speed and improving efficiency is an upgraded technology called multi-user, multiple input, multiple output (MU-MIMO). This enables a router to communicate with several devices at the same time, instead of the old-fashioned way of one device at a time. MU-MIMO currently allows communication with four devices at a time, but Wi-Fi 6 upgrades this to eight devices at the same time.

A clever power-save feature of Wi-Fi 6 is called Target Wake Time (TWT) to help mobile and IoT devices maximize their battery lives by “waking up” as needed for buffered data. TWT allows an access point to define specific “wake up” times for devices on the network. This means turning off a device’s communication hardware until notified of a transmission. TWT not only improves the devices battery life, but also helps reduce channel congestion.

Wi-Fi Protected Access 3 (WPA3) was released in 2018 as an update to WPA2, which was previously the recommended wireless network security measure. WPA3 significantly improves security and is more difficult for hackers to breach by guessing passwords, all while maintaining backward compatibility. Therefore, WPA3 is the dominating gold-standard security protocol. New Wi-Fi 6 devices will likely include WPA3, as it’s required for the device to obtain Wi-Fi Alliance certification.

Wi-Fi 6 runs on both 5GHz and 2.4GHz bands, whereas Wi-Fi 5 works only on the 5GTHz band. This means technically Wi-Fi 6 has more range due to more data limits per channel, but the real improvement is the strength in performance at the edges. Previously, users experienced significant deterioration at further distances. One big advantage of Wi-Fi 6 is its intensified performance at further distances, particularly the signal’s edge.

Think of your smart business as an ecosystem of various technologies integrated and dependent on each other to function properly—data, people, products, software, processes etc. Any initiatives to modernize will be half-hearted without a network to distribute “speeds and feeds” equally while providing high performance across all connected units such as Wi-Fi 6.

The longer you wait to upgrade, the more your vendor support options decrease. And while you continue to wait, bandwidth throttling could occur organically vs. natural hardware decay. More importantly, as you struggle to increase your IoT hardware, you will not get the most out of the new technologies you integrate, because of their resource dependence on Wi-Fi 6.

What’s on the horizon

AI and wireless technologies will continue to evolve together improving both speed and capacity. Developments on the horizon include more real-time visibility and greater device activity. Ultimately, the inclusion of Wi-Fi 6 will become commonplace as technology continues to advance.

While 5G is alive and well, Wi-Fi 6 is going to be the most affordable choice, because typically Wi-Fi hardware is less expensive than it was years ago. Wi-Fi 6 outperforms Wi-Fi 5 without reduced speed or connection lag. And with more devices being connected at the same time, Wi-Fi 6 is clearly the best choice for small businesses to large enterprises.

Look to industry leaders, like Extreme Networks for Wi-Fi 6.  Their infrastructure solutions are built on a foundation of products within an extensive suite of access points and management solutions. They offer cloud-driven Wi-Fi 6 that is also powered by machine learning, and AI to deliver enhanced experiences to users with easy networking.

It’s important, most of all, when looking to future-proof your business, to rely on experts to get you there, who live and breathe network infrastructure solutions.  A WLAN professional services provider, that couples support with a strong relationship with network hardware manufacturers themselves is a great start.  If you can find an organization that also has a wide book of business that covers industries like yours, that should seal the deal.