How Secure is Your Wireless Network? 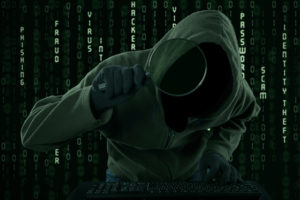 With over $445 billion dollars’ worth of data stolen from US corporations in 2014 alone, it is safe to say that having the proper wireless network security in place is nothing short of critical.  Though it may seem this number is hard to fathom, those are conservative estimates.  Since many businesses and government entities do not report losses from hackers, some believe that the true annual cost of cybercrime could top the $1 trillion mark.  Wireless networks have been very successful shouldering the load of activity of mobile enterprises, as enterprise mobility becomes essential to doing business between customers and running successful internal operations.  Enterprise class wireless network infrastructures, though are becoming gateways for illegal activity.

The traditional perception of commercial cash thefts comes in the form of a “smash and grab” robbery, usually with a banking center or jewelry store as the higher end targets, with gas stations or retail businesses not far behind.  Security sectors and local policing have grown their abilities to prevent these typical robberies from happening, with technology and through honing in on improvements to their tactical strategies when crimes do occur.  As policy and policing evolve to meet the demands of crime, the same can be said of the criminal.  While most that engaged in typical thefts of the past do not have the skills to cross over into the digital underground of cybercrime, the openness and unchecked potential of breaching vulnerabilities has launched a new type of menace: the black-hat hacker.

The Internet is chock full of soft targets for ripping commerce off; a very fertile ground for individuals with both the gumption and ability to exploit.  Even when dollars and cents aren’t taken, many cyber attackers are more interested in the damage a successful breach can cause in terms of downtime and frustrations.  It will be sometime before the proper authorities can be fully on top of the matter, which requires companies to bear much more of the responsibility to secure their data.  Now, you may have the notion that if some of the world’s largest corporation can’t properly secure their data across company networks, then your business is inevitably going to become a future victim as well.  That is absolutely untrue though, which is why taking the proper steps sooner rather than later is essential to protect your company data.  Here are a few things to think about:

Some businesses “patch together” their networks over many installations and IT hires without doing a comprehensive study to ensure optimal protection.  With “more hands in the pot”, it can actually deteriorate the effectiveness of wireless networks and break the safeguards in place on the wireless network.  Further, many organization’s business systems are also antiquated and often bloated since the short term cost outweighed both security and long term effects.  It is much more difficult to secure unsupported, older systems.  The first thing ScanOnline does is ensure that there are not any active vulnerabilities that require immediate attention.  To stay ahead of things, proactive measures are taken in software and services that includes all the tools to properly monitor and protect  sensitive data from prying eyes. 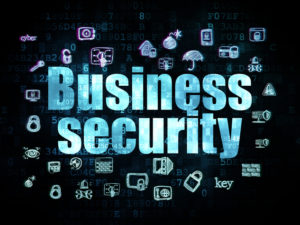 Likewise, wireless network infrastructure security is only as tough as its weakest link.  A contracted managed services group, separate of the organization can monitor the entirety of wireless network activity, including the users and devices that access it.  ScanOnline’s managed services group cuts off real time threats before they do irreparable damage, passes along to clients news of vulnerabilities that need action and notifies their clients of any rogue users/devices to determine the next steps to take.  Documentation of all events are actively generated 24 hours a day and sent directly to your team anywhere in the world.  Software advances are also at a place where the client can handle this task internally, though the best defense to eliminating attacks is having a managed services group in place; it is vital to have experts on the case and no matter at what point problems arise, it’s more than likely they will be involved anyhow down the line.  Having a managed services group ingrained with a company’s processes and operations shortens the time it usually takes to get both the experts and IT team up to speed to get to the root of the matter.

A True Partnership With a Wireless Network Provider

Perhaps the most important part to securing a wireless network is enlisting a provider that will be with you every step of the way; from conceptualization to deployment and beyond.  It can be a real core benefit to internal IT departments to not have the burden of 24/7 monitoring and management of their inbound and outbound digital traffic with the numerous tasks in queue they already tackle.  Yet, in most cases, as is the same with ScanOnline, the emphasis is to serve as the watchdog of all things wireless network security, but also as a mentor to the client’s staff on the latest security protocols, including teaching them how to effectively manage every aspect of the wireless LAN.  For companies that want a more aggressive, yet cost effective approach to securing their wireless network infrastructure, a managed services group could be the answer.

Are You Wired? How Enterprise Wireless Networks Get the Best of Both Worlds

Measuring your True Mobile Return on Investment – More than Numbers?